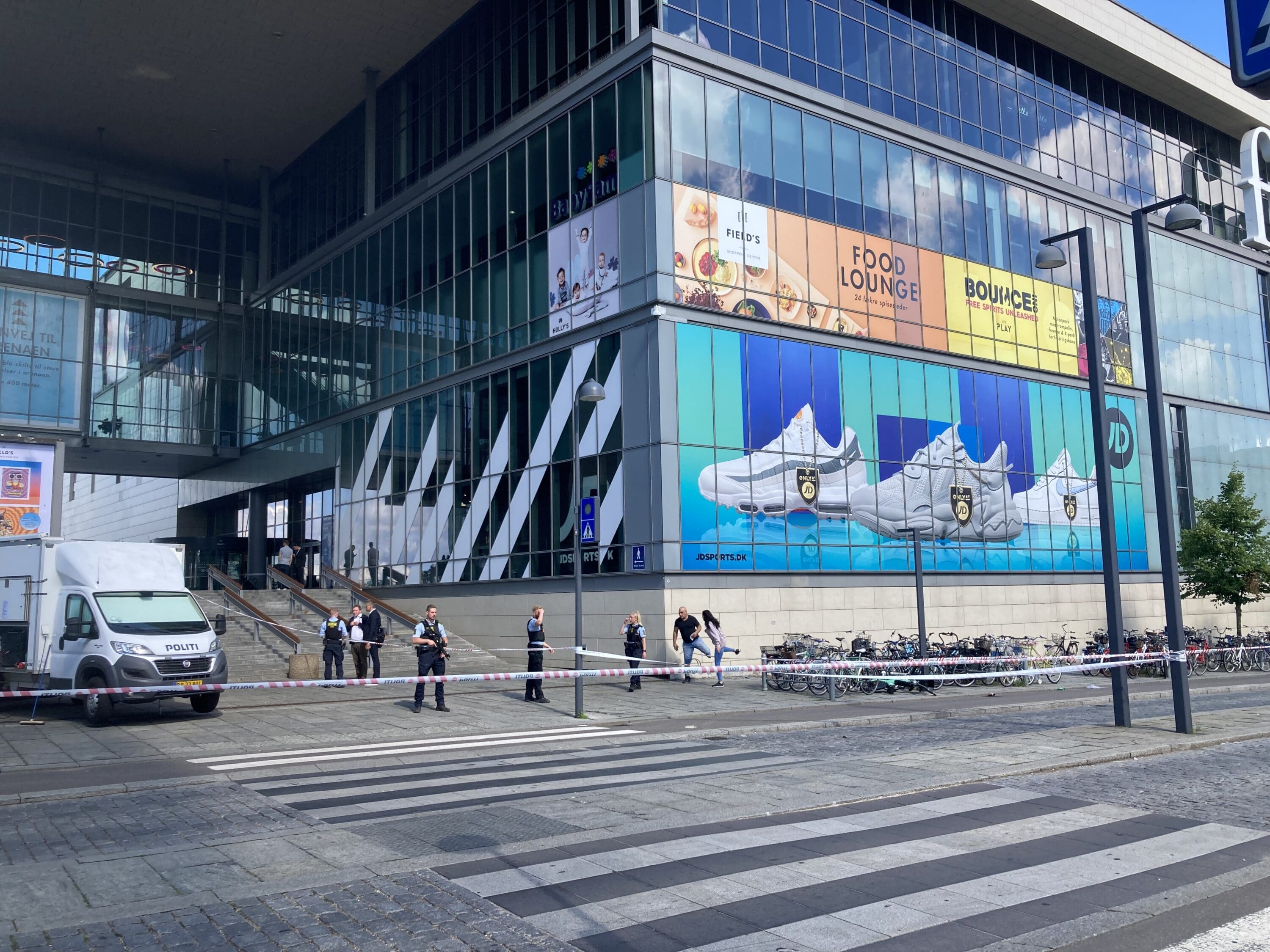 The Copenhagen mall shooter was known to mental health services

Sparking debates about preventative duties in psychiatric wards, sources say the 22-year-old accused of a fatal shopping center shooting tried to contact a hotline just before the rampage.

COPENHAGEN, Denmark (CN) — The entrance to Field’s shopping center outside Copenhagen was quiet, albeit guarded by armed police and overrun with the press on Monday morning. Less than 24 hours after a young man shot and killed random visitors the night before, the situation seemed under control.

Families had come to collect their cars and their belongings inside. They spoke vaguely of the Harry Styles concert they had never been to and stood in silent contemplation of the tragic event.

Copenhagen police reacted quickly on Sunday after being informed at 5:35 p.m. of a shooting at Field’s. Thirteen minutes later, they arrested the suspect and proceeded with the evacuations.

A 22-year-old man is now charged with seven attempted murders and the murders of two 17-year-olds, one of whom works in the mall’s cinema, and a 46-year-old Russian citizen residing in Denmark.

Four other injured people were taken to hospital in critical condition. At the time of writing, three are now stable. Three were treated for stray shots, while 10 suffered minor injuries, police said.

Authorities have not classified the incident as a terrorist attack and say the man apparently planned and executed the shooting alone. Although this individual could not be named by court order, it emerged that he is well known to mental health services. He is to be held in a closed psychiatric ward pending trial.

At a constitutional hearing on Monday after the shooter was charged, members of the press were only allowed for the first 20 minutes of questioning. The presentation of evidence took place behind closed doors.

Ritzau reported how the accused was asked to confirm his arrest. He simply agreed that it sounded right and added:

The Danish Broadcasting Corporation (DR) says it has heard from several sources familiar with the matter that the man tried unsuccessfully to contact a hotline shortly before the shooting.

During his arrest, he was found carrying a rifle, ammunition and a knife. Several videos the shooter had previously posted on the internet have now been deleted, but DR says they showed the man posing with weapons, including a shotgun, and referring to drugs being used as part of a psychiatric treatment.

The details propelled mental health issues to the center of debate on social media and in Danish newspapers. On Tuesday, Berlingske media debates editor Pierre Collignon wrote: ‘Our conversation should instead be about whether we in the psychiatric system have had a good enough grip on the alleged perpetrator.’

Poul Videbech, professor of psychiatry at the University of Copenhagen, pleaded this morning on DR for a thorough examination of what existed before the incident and how the shooting could have been avoided. We must make the “maximum of such a terrible story”, he said.

Videbech argued that the psychiatric sector in Denmark has long been under-prioritized when it comes to resources for new patients.

“Psychiatry is simply on its knees. This, of course, increases the risk that someone who asks for help will not get it,” he said.

While the suspect is currently in custody, his motive is still unknown. The assessment is that he attacked random victims, police inspector Søren Thomassen told Monday morning’s press conference.

At Field’s shopping center in Amager, outside the city centre, the municipality of Copenhagen will hold a memorial on Tuesday evening for the victims. The investigation is continuing and police are still receiving witness statements and footage of what happened on Sunday.

Courthouse News Service has attempted to obtain an initial analysis from several Danish criminology experts, but they say the uncertainties surrounding the case, its impact and the suspect’s motivation make it too early to comment.

Sign up for the Top 8, a roundup of the day’s best stories straight to your inbox Monday through Friday.