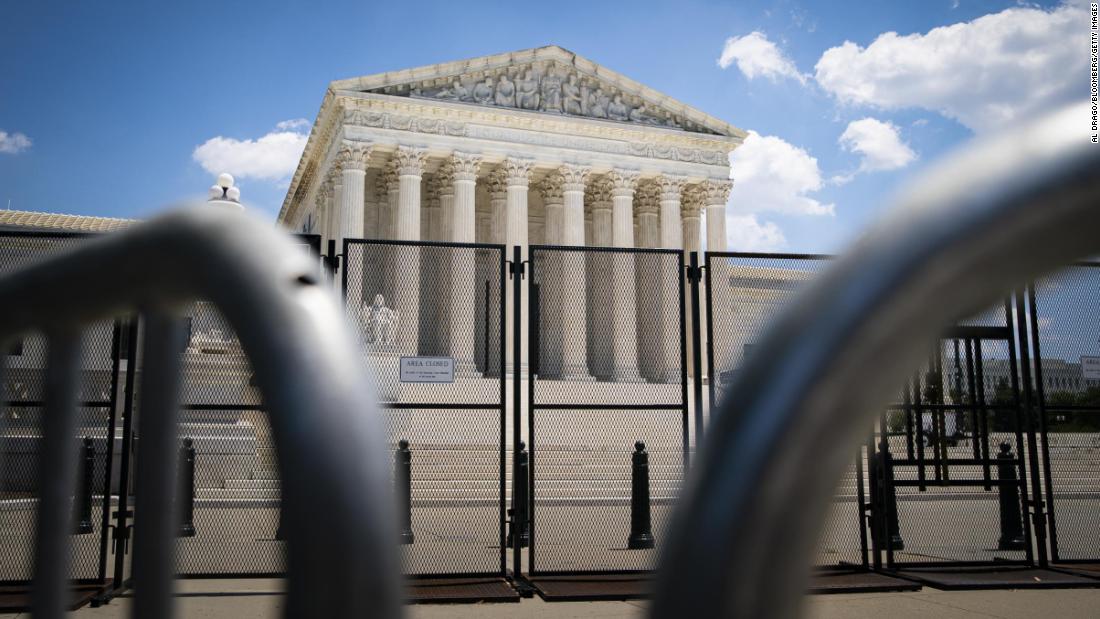 Opinion: What to know about privacy of mail and health information before ordering abortion pills

By Mary G. Nave Last updated Aug 4, 2022
Share
Thanks to medical abortion – pills that can be taken at home within the first 10 weeks of pregnancy – home abortions can be performed discreetly and safely. In fact, today most abortions in the United States are performed with medication, according to data from the Guttmacher Institute, a reproductive health and rights think tank.

Despite the Food and Drug Administration’s approval of medical abortion, some pregnant women may not be able to obtain these pills due to restrictive state laws. In these cases, people will inevitably try to access it under the radar, most likely with the help of medical professionals and through the mail. This opens the door to two potential gray areas involving privacy that could become legal pitfalls for those seeking abortions, potentially exposing them and healthcare providers to possible lawsuits.

Much attention is rightly being given to how state law enforcement can extract electronic data from internet searches, cell phones and other data storage platforms for use against people. who have abortions. But criminal investigations of medical abortions can rely on much more ordinary means.

Abortion pills can be mailed to people’s homes, allowing them to receive the medication discreetly.

With medical abortion, a person can end a pregnancy by taking two pills instead of having surgery.
The first pill is mifepristone, sold under the brand names Mifeprex or Korlym. It is also known as RU-486. It blocks progesterone, a hormone necessary for the development of pregnancy. After waiting 24-48 hours, a patient takes a second pill, called misoprostol, which works to empty the uterus through cramping and bleeding.

But what kind of surveillance could be put in place by officials in anti-abortion states to catch those ordering these pills, and what kind of legal issues does that raise?

The Fourth Amendment protects people from government searches and seizures of our bodies and property in contexts where there is a reasonable expectation of privacy – and this extends to letters and packages sent by the U.S. Postal Service and from other courier services such as FedEx and UPS. A USPS spokesperson said the Postal Service will not assist states by conducting screenings to ensure abortion pills are not going to states where they are banned.
First-class letters and packages can only be opened with a federal search warrant, for example. But there are many exceptions.
The Fourth Amendment does not prohibit any law enforcement officer, state or federal, from examining the exterior of the mail. The address, labeling, packaging or return address can raise suspicion about the contents of a package and help police conduct investigations even without opening the package. The federal government, for example, has used this technique of monitoring “mail envelopes” since the late 1800s. The U.S. Bureau of Customs and Border Protection can inspect international mail without a warrant if a package appears to contain smuggling.
State and local enforcement agents can also search the mail. Before a package is sent and after it is delivered, law enforcement could seek warrants based on probable cause that a state law has been violated. Exceptions to the Fourth Amendment warrant requirement also apply in some cases. For example, “suspicious” packages can trigger the urgent circumstances exception to the Fourth Amendment and allow searches. And, of course, a person can consent to a search.
In other contexts, the mail isn’t protected by the Fourth Amendment, like throwing the wrapper in your trash. Additionally, using private delivery companies such as FedEx, UPS, and couriers further complicates matters. They may reserve the right to inspect packages, and such private mail and package searches may not be protected by the Fourth Amendment, depending on the terms of service and other factors such as whether the search has whether carried out under the direction of law enforcement or not.
Now, that doesn’t mean people should avoid using the mail to get abortion pills. Given the ideology of the current administration, there appears to be little risk of federal surveillance of packages containing abortion pills. Abortions are not prohibited at the federal level and the FDA allows the shipment of abortion pills. The huge volume of mail in this country also poses practical problems for monitoring and policing medical abortion.

Although medical abortion is safe and serious side effects are rare, a person may still need to see a doctor during or after taking abortion pills at home. At this point, the patient may arrive at a clinic or hospital where a new set of rules govern doctor-patient confidentiality.

It is important to remember that for a doctor, a medical abortion can present itself in the same way as a miscarriage. In some cases, this could work in a woman’s favor because her abortion might go undetected.
But that blurry line could also mean that more women who experience miscarriages are suspected of having had abortions.

What if a doctor suspects a woman has had a medical abortion in a state that has banned abortion? Can the doctor call the police?

In this case, the Health Insurance Portability and Accountability Act, more commonly known as HIPAA, applies. The law is intended to protect a patient’s personal health information.
In response to Dobbs v. Jackson Women’s Health Organization, and concerned about what this reversal of Roe might mean for patients suspected of having abortions in states where they are restricted, the Civil Rights Office clarified that doctors are not authorized to disclose that a person is suspected of having ingested abortion drugs, unless required to do so by law. If doctors leaked information, they would be violating federal law limiting the release of medical information.
However, gray areas persist. Despite strong statements to the contrary by medical associations, and even before Dobbs, in some jurisdictions states may have laws that require reporting of perinatal drug use to child protective services. And, in the future, states could change their laws to explicitly require the reporting of suspected abortions.
While some states push for fetal personality, there may be situations where a state has successfully defined a fetus as a child or a person, in which case abortion could also be viewed as child abuse or an attempted murder. In such cases, a physician can no longer be in violation of HIPAA for disclosing patient health information as required by law.
The situation is more complicated in the emergency room. Many patients who do not have adequate insurance coverage or do not have a regular health care provider may end up seeking treatment from the emergency services. In some places, hospital police or outside police services provide security for hospital emergency rooms.
The police also regularly visit emergency rooms as part of their role as first responders. Although they do not automatically have access to medical records, police officers have been known to enter patient rooms to investigate, ask questions, request medical providers to perform diagnostic procedures such as blood draws or glean information from conversations with medical providers. Police resources are obviously limited. It would take considerable resources for local law enforcement to set up hospital patrols specifically for patients who have had abortions. But the current ease of access of police departments to emergency rooms and hospital staff allows emergency rooms to be another location for police surveillance and identification of patients.
Many patients arriving at emergency rooms are poor and often people of color, the same groups already disproportionately subjected to more policing and criminalization. Although HIPAA violations can be reported by anyone, the onus will often be on the patient to report a specific violation, and helpless patients may not realize that they have privacy protections.

How can we address patient privacy concerns? This should be paramount and creative options should be explored.

In the meantime, legal actors should be alert to medical abortion cases where police rely on evidence obtained through mail searches. Prosecutors, judges, and lawyers should consider law enforcement’s justification for such searches. Medical abortion organizations and reproductive rights groups should provide patients with information about their rights regarding their Fourth Amendment rights to their physical mail.

In the context of HIPAA, the Office for Civil Rights has said that physicians who report suspected abortions via medical abortion to law enforcement in a state that does not expressly require such reporting would be breaking the law. In the context of clinical confidentiality, much of the issue may be physician education – making sure providers know they are not always obligated to respond to law enforcement or report suspected abortions. and to ensure that the police presence does not infringe the privacy of patients.