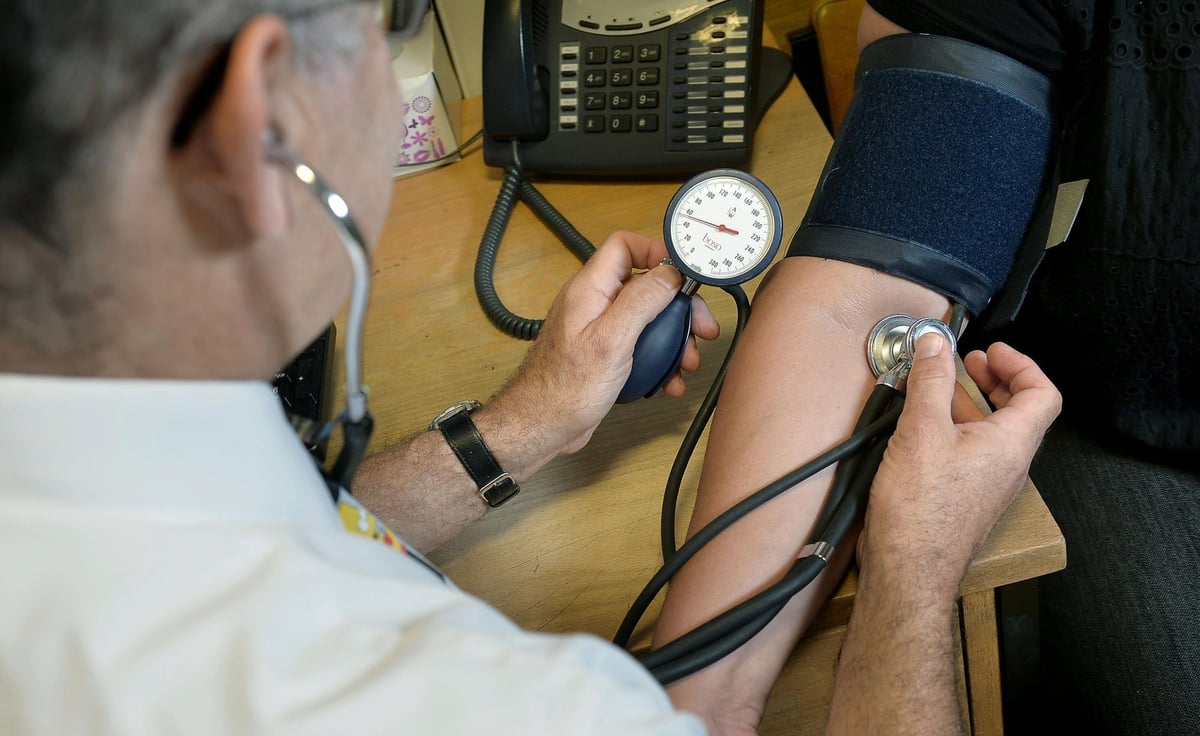 NHS crisis: The SNP was warned that health services would ‘fail’ as the population grew, but did nothing about it – Ian Murray, MP

By Mary G. Nave Last updated Jul 14, 2022
Share
GPs were under pressure even before the Covid pandemic (Picture: Anthony Devlin/PA)

After years of mismanagement by the SNP, we entered the pandemic with unprecedented pressure on GP services in Scotland. How did we come here?

In 2020, NHS Lothian submitted a report to the Scottish Government which highlighted the extent of the construction of new homes in South Edinburgh and the impact this would have on GP services.

The report called for additional infrastructure to support these new residents and ease the pressure on existing residents. He then warned the Scottish Government that health services in three parts of Lothian would ‘fail’ unless action was taken.

Register to our daily newsletter

Two years on, Nicola Sturgeon and her government have completely ignored the NHS Lothian bombshell and the impact on the local population could not be clearer.

But they not only ignore the problem, they make it worse. GP surgeries are not allowed to be ‘full’ as each local practice is automatically assigned a new resident, but many simply do not have the capacity.

NHS Lothian has issued a warning that GP services are at risk in Maybury, Shawfair and Sou…

It is now virtually impossible to register with an NHS dentist in Lothian and access to GP services is difficult. This means more patients are attending A&E and it helps save A&E wait times.

In these uncertain times, when families are struggling to cope, our ever-reliable, free at the point of use NHS is being neglected and ignored.

Yet when you point out the failures of the SNP, they simply accuse you of bashing Scotland and blaming others. The truth is that they are destroying Scotland and the institutions that make us great.

Instead of responsible government and an adequate supply of public services, the Scottish government remains committed to separation and the tedious constitutional game.

It is a national disgrace. How far does it have to go before they wake up and change their priorities?

I have again written to Health Secretary Humza Yousaf MSP to ask him why his government has ignored these calls. But based on my previous attempts, I should expect more radio silence.

It is a dereliction of duty. We have known the size and scale of new developments in South Edinburgh for over a decade.

In fact, the Scottish Government has allowed several appeals against council planning committee decisions for planning permission on Greenbelt developments.

At this point, we can conclude that Nicola Sturgeon and Humza Yousaf are simply washing their hands of this crisis.

But SNP incompetence doesn’t stop at general practice; waiting lists spiral out of control as they continue to sit on their hands.

They have talked about their NHS recovery plan, but true to form, these are just words and no action. Some 708,000 people, or one in eight Scots, are on an NHS waiting list.

Fewer operations are scheduled, furloughs are delayed, staff vacancy levels are skyrocketing, the list goes on.

And what did we have yesterday at the PMQ: two nationalist deputies from Alba suspended from parliament for having ridiculously tried to declare independence. There are certainly no nationalists crying out to save our Scottish NHS and solve the GP crisis in Lothian and Edinburgh South. Priorities, huh?

Ian Murray is the Scottish Labor MP for Edinburgh South

Where are shares of 10X Genomics Inc (TXG) falling in the health information services space after falling -15.33% this week?