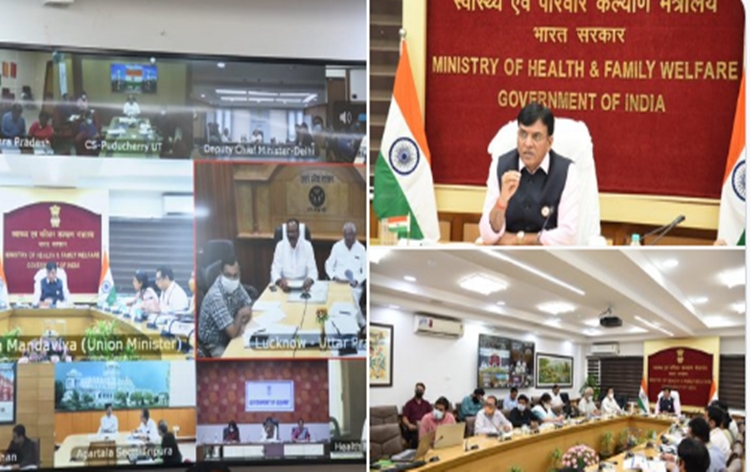 The Union Minister of Health and Family Welfare, Dr. Mansukh Mandaviya today called on States and Union Territories to timely utilize central funds to expedite implementation of people-centred health services at the local level and strengthen the health infrastructure from the block.

Interacting virtually with state and union territory health ministers to review the implementation of central government flagship programmes, Dr Mandaviya said the pandemic has taught the country to invest in critical care infrastructure in every district and block. He said the central government is working in the spirit of cooperative and collaborative federalism with the states to create a multi-level health infrastructure network.

The Minister assured that the Government is committed to supporting States and Union Territories in their efforts to provide accessible, affordable, quality and equitable public health services to citizens.

The Minister of State for Health and Family Welfare, Dr Bharati Pravin Pawar, as well as several Chief Ministers of States and Union Territories were also present at the meeting.