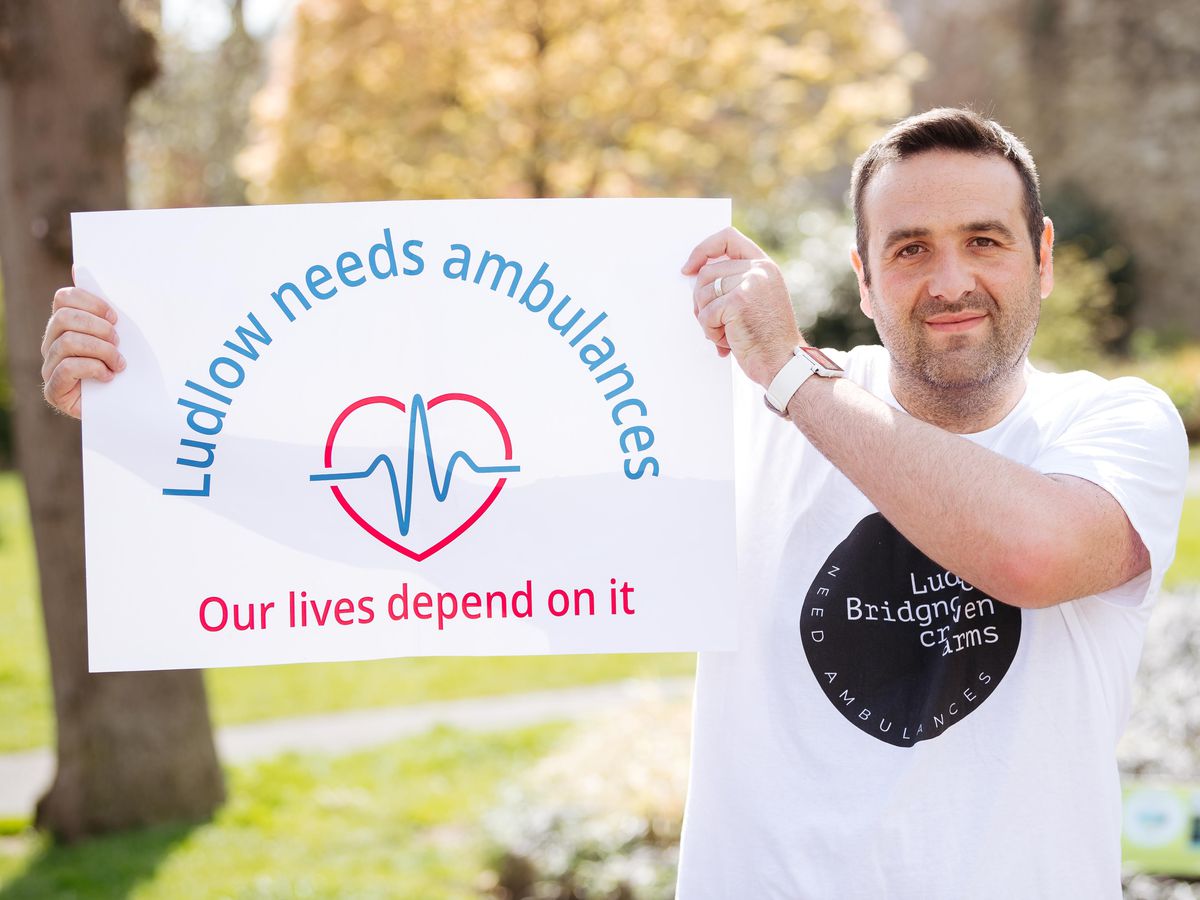 Councilor Darren Childs, of Ludlow Town Council, was elected to represent the Gallows Bank ward earlier this year by 173 votes.

He began campaigning for better ambulance response times in the county, after his baby daughter Myla suffered a seizure and had to wait 37 minutes for paramedics.

Now Mr Childs has had a ‘very productive’ meeting with the director of Ludlow Community Hospital – Katie Turton – to discuss the return of services in the south county.

He said: “We had a very productive conversation about returning services to Ludlow Hospital and improving the services already provided.

“We look forward to working closely together in the future to create a local hospital tailored to local services and local people.”

Mr Childs said some improvements have already been made, including the introduction of a six-day-a-week dialysis service and that hospital ward beds are full.

He also said that a team of community responders has now left Ludlow and children’s occupational therapy services have returned.

Going forward, the council aims to support the hospital in its recruitment campaign and will consider a bus service from Bishop’s Castle to Ludlow.

There is high demand for services in the city, Mr Childs confirmed and while this is beneficial for the area, it also eases pressure on hospitals in Telford and Shrewsbury.

‘I am looking to bring together a committee made up of local GPs, nurses, the hospital, myself as an adviser and local campaign groups for regular meetings,’ he added.

“To help strengthen the voice of South Shropshire healthcare and services.”