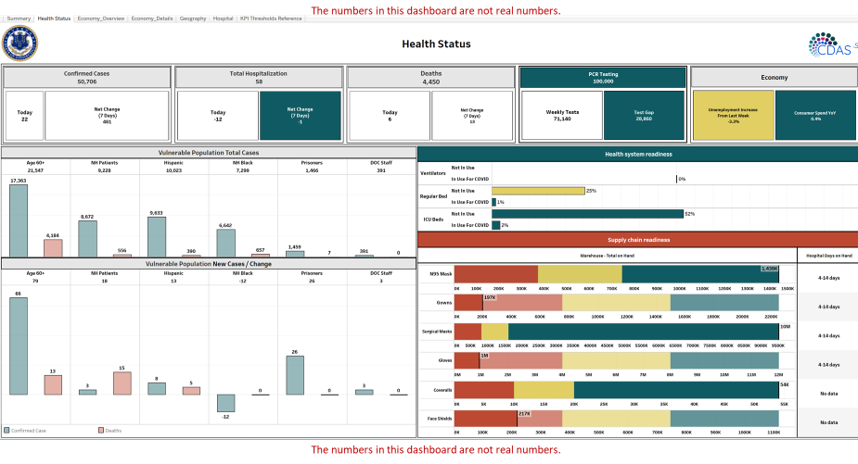 What you should know:

– In 2017, the University of Connecticut created a new unit called UConn Analytics and Information Management Solutions – UConn AIMS for short – to do the planning work for its health information network.

– Today, UConn AIMS is bankrupt, 20 people are out of work, and the system developed for Connie at a cost of around $20 million has been abandoned and dismantled.

The effort to create a health information network in Connecticut has a long and checkered history. Three attempts over nearly a decade have ended in costly failures. In 2017, the state decided to try again. The legislature assigned the task of defending Connie to OHS, which hired several consultants, including UConn AIMS. OHS eventually paid the unit about $20 million, most federal funds, to develop Connie’s computer architecture and analysis.

Connie, the latest attempt, was to have two purposes: to allow medical personnel across the state to access a patient’s complete medical history, regardless of where the records are kept, and to perform tests to improve care and reduce costs. The Core Analytic Data System – CDAS for short – created for Connie even had many other uses beyond healthcare. It didn’t go as planned, and today UConn AIMS is bankrupt – a $20 million health information network abandoned by state officials.

At the time of Connie’s launch in May 2021, the Office of Health Strategy (OHS), which was responsible for building the network, terminated funding and abandoned the custom system that UConn AIMS had taken four years to complete. to develop. In its place, the agency purchased an existing system developed for the Maryland Health Information Network, which will cost nearly $1 million annually next year, Connie spokeswoman Jami Ouellette said. .

Why the UConn AIMS system was gutted and dismantled is unclear. Connie, an independent nonprofit, had no role in the decision, Ouellette said in an email.

Former OHS executive director Vicki Veltri, who left the agency on July 1, would only say that federal funding for UConn AIMS ran out at the end of 2020. In an interview earlier this year , Veltri, who praised the CDAS system in an August 2020 UConn Today article, said she consulted with UConn and the state’s Department of Social Services (DSS), and “there had a combined decision to go in another direction”. But Stephanie Reitz, UConn spokeswoman and media relations manager, said the school, which defends the system, only agreed to remove the system from UConn AIMS “when it became clear that the funding would expire with no other sources available to continue supporting it.” UConn is disappointed that Connie isn’t using the innovative system his unit has spent years and millions of dollars developing, Reitz said.

“UConn wishes the work of AIMS had led to a different outcome,” she said. “The university has engaged with OHS to develop a new data analytics solution that is better than products offered by private contractors and that could add value to the state and beyond. We believe that [UConn AIMS’] product did just that.

The abandonment of their system left three UConn AIMS team members, all of whom lost their jobs, so angry and frustrated that they filed a lawsuit late last year with state auditors. public accounts to ask him to investigate. Auditors, in accordance with their policy of neither confirming nor denying investigations, declined to comment.