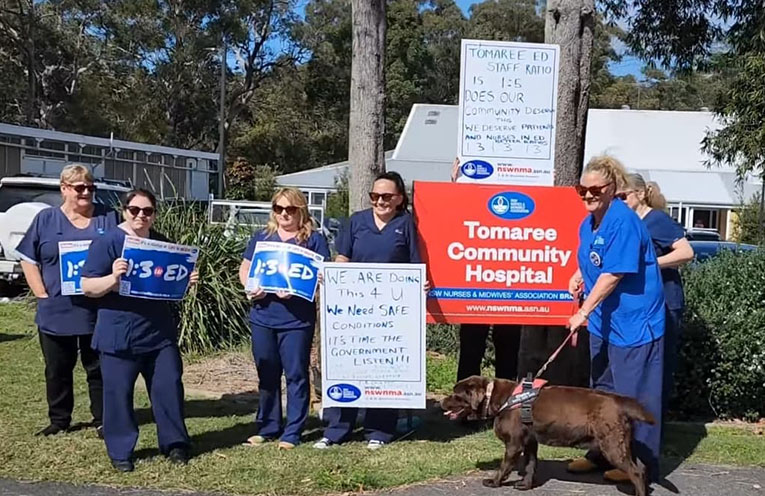 The Bureau of Health Information (BHI) has released its latest quarterly health care report, showing the activity and performance of public health services in New South Wales from April to June 2022.

BHI Acting Chief Executive Hilary Rowell said patients were generally waiting longer for hospital and ambulance services during the quarter as activity remained at historically high levels in most parts of the system.

“NSW Health Services continued to be under pressure from April to June, with a sustained number of COVID-19 cases and the onset of winter flu season,” Ms Rowell said.

“Demand for ambulance responses remained high, particularly for patients requiring emergency response (P1), and patients waited longer for an ambulance than in any quarter since BHI began to report in 2010,” Ms Rowell said.

Additionally, the response time for half of the 12,134 highest priority (P1A) cases was over 9.1 minutes.

About six in ten patients (62.8%) were seen on time, the lowest for any quarter since BHI began reporting in 2010.

The number of patients who left without treatment or before completing their treatment (76,117) increased by 67.6% compared to 2019 and is the highest ever recorded.

“Our additional analysis shows that one in five patients who leave without treatment or before completing their treatment tend to present to the emergency room again within three days,” Ms Rowell said.

There were 53,712 elective surgeries performed from April to June 2022.

“Fewer elective surgeries were performed than the historically high number of the previous year, but activity increased by 41.1% (15,649) compared to January to March 2022, when elective surgery was suspended for a while,” Ms Rowell said.

Wait times for elective surgery continued to increase – half of these patients waited over 339 days for their surgery.

By the end of the quarter, 18,748 patients had waited longer for elective surgery than clinically recommended, the highest for any quarter since BHI began reporting in 2010.

Port Stephens MP Kate Washington told News Of The Area: “Our local hospitals are in crisis.

“Every day I hear from people in Port Stephens who are not getting the health care they deserve in these difficult times.

“More of our residents are being sent by ambulance to the new hospital in Maitland, and the situation there is rapidly deteriorating.

“It’s a shocking fact that one in four people leave the emergency department before they’ve even been seen by a doctor, because wait times are so long.

“Tomaree Community Hospital is so neglected by the New South Wales Liberal government that it is unable to meet the health needs of the community.

“Our hard-working nurses, doctors and healthcare staff are doing all they can, but they are so understaffed and overworked that the pressure they are under is putting lives at risk.

“Our local nurses have been crying out desperately for help for months.

“They saw this situation coming because they experience it on a daily basis. It is shameful that the NSW Liberal Government has refused to act,” she said.